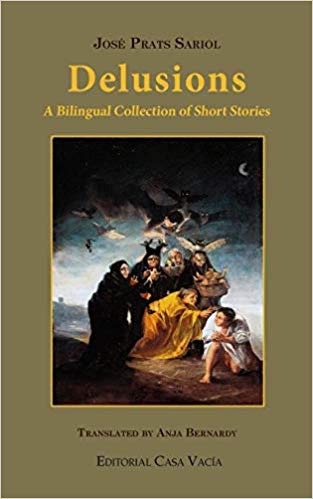 This collection of short stories, written by José Prats Sariol and translated by Anja Bernardy, is representative of nearly 20 years of the author's works in short fiction. The stories could be grouped by various themes, such as masks and appearances; the inadequacy and even superfluity of words; and the nostalgia of exile and the bittersweet attainment of "freedom." However, while all of those, and more, lie beneath the surface of stories whose characters are often navigating the difficulties and scarcities of Cuba under Castro-or the mental labyrinths and philosophical conundrums created by the aforementioned-the collection's title alludes to the tie that binds them: delusions. Prats Sariol's prose style-a somewhat baroque sensibility mixed with subtle humor and often poetic descriptions-goes well with the theme of delusions, appearances, and the questioning of an imposed reality, a reality which in its nature and implementation is often contradictory to the very discourses used to impose it. (Katie Brown) 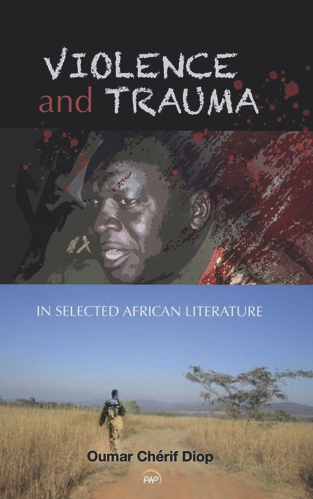 Violence and Trauma in African Literature focuses on representations of violence in African literature. The study starts with violence that emerged in the context of post-independence Africa plagued by the rule of tyranny after many African states failed to create viable institutions to spearhead national integration and sustainable socio-economic development. In this section, the author explores various aesthetic features—neo-baroque style, intertextuality, and narrative techniques—used by Sony Labou Tansi in La vie et Demie, Henri Lopes in The Laughing Cry, and Ahmadou Kourouma in Waiting for the Wild beasts to Vote to expose and deride despotic violence in the African postcolony. The study then turns to the ways in which protagonists resist two other forms of violence: racist violence in Alex Laguma’s works. A Walk in the Night, In the Fog of the season’s End, and Time of the Butcherbird and gendered violence in Nawal El Saadawi’s fiction Woman at Point Zero. Alex Laguma’s novels underscore the need for the emergence of collective consciousness to defeat the Apartheid system. In Nawal El Saadawi’s novel, multifarious patriarchal assaults against the main female protagonist pave her way to assumed agency in the face of death. 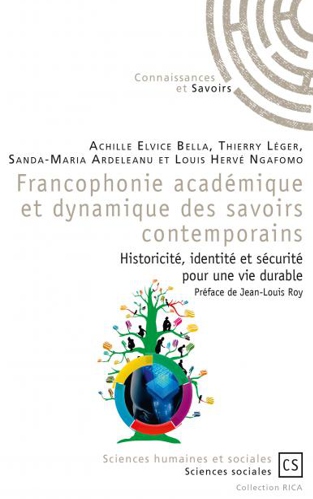 The academic francophonie, beautiful, ingenious, innovative, mediator of civilizations and aspirations, weaves the web of the knowledge economy into an address of the fruitful and transformative relationship of our humanity. Sustainable life is questioned in philosophical equation, especially under the modalities of identity of the cultural diversity, ecology or sociology of the peaceful connection, without shoreline, but as an offering of ethics and value of our conscience Collective. Two powerful words rally "This dynamic of contemporary knowledge" evoked in this collective of Francophone scholars from the five continents. These words draw the outline of a new paradigm, that of sustainable life, in the alliance of intelligence of Living together. Extensive, this project includes the fertility of environmental history, eco-feminism, didactics of Plurilingualism and pluriculturalism, cultural issues of biodiversity, linguistic practices, gender identities, security, the foundations of poverty and agricultural cultures Perennials, etc., and "Any form of cross-knowledge". Welcome to the 21st century. Achille Ekpenyong Bella (University of Yaoundé I), Thierry Léger (Kennesaw State University), Sanda-Maria Ardeleanu (University Stefan Cel Mare de Suceava), Louis Hervé Narayan (University of Yaoundé I)

This book contributes to the ongoing discussion of the place of contemporary Galician writer Blanca Andreu’s work within the 1980s post-“novísimo” movement, as part of a larger resurgence of the Surrealist in Spanish poetry and its possible placement in the more recent mystical poetry of Spain. It provides a detailed textual analysis of her poetry, and in doing so reveals not only that her work encompasses notions of the surreal and the mystical but also, although Andreu has so far written entirely in Castilian (Spanish), that her poetry utilizes a variety of traditional Galician and Portuguese symbols and images. In this way her work challenges the boundaries between what we as readers may accept as a solely Castilian, Galician, or Spanish poetic. It bases its transtheoretical framework on findings from such fields as Galician studies, Iberian studies, mysticism studies, paradigm shift studies, and regional studies over the past two decades. Ultimately, this comprehensive and unique study shows how Andreu’s multifaceted transnational work may pertain to, and expand, our knowledge of each of these areas of focus.