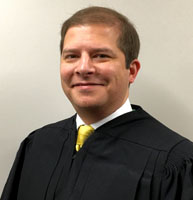 Justice Peterson graduated from Kennesaw State University with a B.S. in political science and a minor in economics. While at KSU, he served as President of Student Government and Chair of the Student Advisory Counsel to the Board of Regents, and was named KSU Student of the Year and Outstanding Senior in Political Science. Judge Peterson received his J. D. from Harvard Law School. At Harvard, he was Executive Editor of the Harvard Journal of Law and Public Policy, Executive Vice-President of the Federalist Society, and was a finalist in the Ames Moot Court Competition. Justice Nels S.D. Peterson was appointed by Governor Nathan Deal to the Supreme Court of Georgia effective January 1, 2017. He previously served as a judge of the Georgia Court of Appeals, to which he was appointed by Governor Deal effective January 1, 2016. 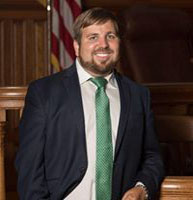 Bryson attended Kennesaw State University where he earned his bachelor’s degree in political science, and was inducted to Pi Sigma Alpha Political Science Honor Society and served as vice president of the Political Science Club. Upon graduating from Kennesaw State, he enrolled at the Mississippi College School of Law. While there, he served as an extern for the Office of the United States Trustee for Region 5, covering both Mississippi and Louisiana and spent his summers clerking for a Cartersville law firm. Brandon was elected and sworn in as Chief Magistrate Court Judge for Bartow County, GA, beginning in 2017. 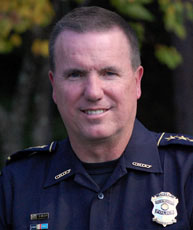 Chief Grogan attended Kennesaw State University where he earned his bachelor’s degree in political science in 2003 and his MPA in 2008. He has been the Chief of Policy for the City of Dunwoody since 2008. He was named the 2016-2017 President of the Georgia Association of Chiefs of Police, an association that serves more than 500 police chiefs and command-staff law enforcement personnel.