by applying lessons from gang disputes and foreign elections

After a violent American election season, activists are trying to keep the peace using technologies and techniques more often applied in unstable democracies.

As inflamed supporters of Donald Trump stormed the U.S. Capitol on Jan. 6, attempting to overturn the results of the 2020 presidential election, members of the DC Peace Team – a Washington, D.C.-based nonprofit organization that promotes nonviolent conflict resolution – were at Black Lives Matter Plaza, a few blocks from the Capitol, monitoring the convergence of predominantly white pro-Trump supporters and mainly Black counterprotesters.

When a white Trump supporter pulled a knife on a Black counterprotester, team members in bright vests approached the man, hands in the air, encouraging him to “slow down,” according to the group. Soon, he put away the knife, and friends pulled him away from the scene.

Five people died in the Capitol attack. But in this one incident, at least, violence was stopped before it could start.

From Kenya to Minnesota

Interventions by volunteers trained in keeping the peace when tensions are high have long been used to reduce election-related violence in the developing world.

After Kenya’s bitterly contested 2007 presidential election, which left over 1,000 people dead, Kenyan activists created an online map to monitor and try to prevent political violence. Their efforts inspired the development of Ushahidi – Swahili for “witness” – a crowdsourced mapping tool that shows peacekeepers exactly where a conflict is developing.

Ushahidi has since been used worldwide to document countless political problems and humanitarian crises, from violent incidents in the Syrian Civil War to sexual harassment in Egypt. In 2013 and 2017 Kenyan activists once again used this technology to predict and defuse potential violence before, during and after their presidential election.

Now, political violence is threatening democracy in the United States. The Jan. 6 Capitol insurrection was the culmination of a violent year that saw clashes between police and racial justice protesters, a right-wing plot to kidnap Michigan’s Democratic governor and death threats against election officials.

For humanitarian workers and crisis responders who, like us, have worked abroad in conflict zones, the scenes looked terribly familiar. In late 2020 we joined with other conflict experts – including both local community groups and global nonprofit organizations – to found the Trust Network, a nonpartisan group dedicated to detecting and trying to prevent political violence. 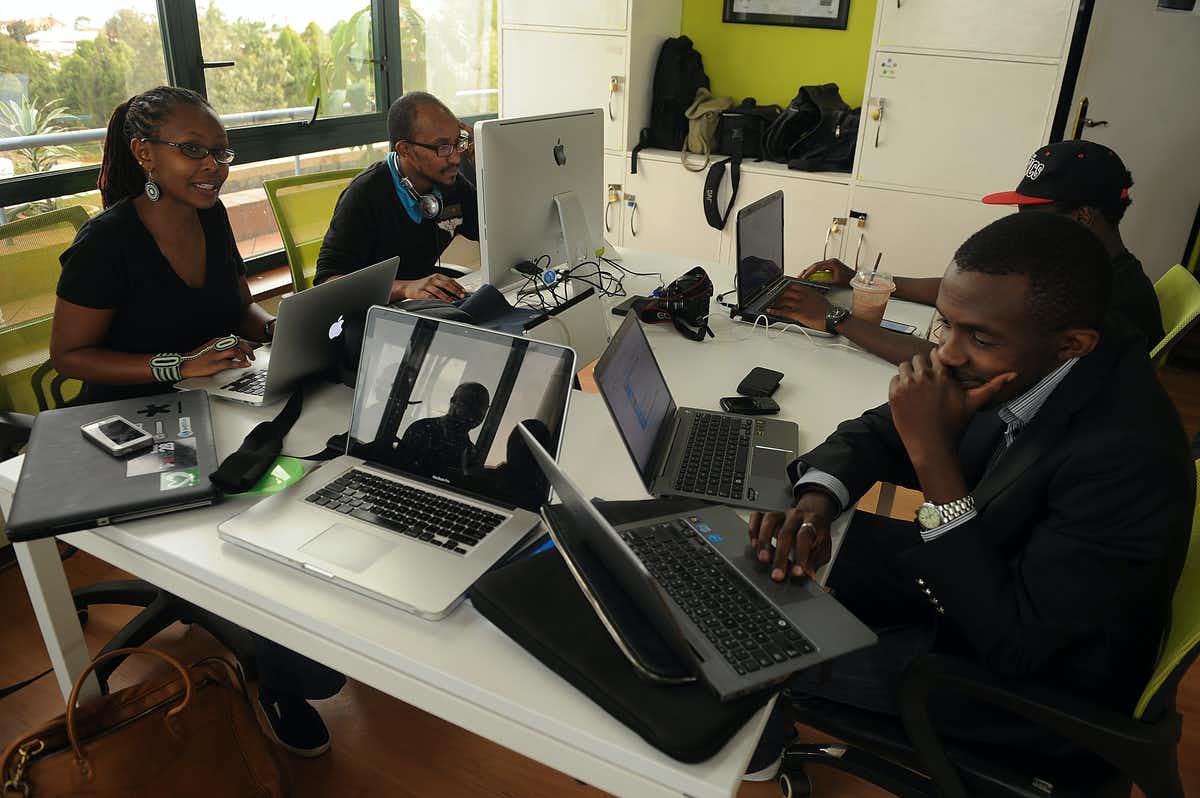 Leaders of Ushahidi in their offices in 2013 in Nairobi, Kenya. Simon Maina/AFP via Getty Images

Online teams at the Trust Network gather intelligence on the activities and stated intentions of extremist groups gleaned from both think tanks and research institutes that monitor the violent fringes of U.S. society. Based on that information, we identify potentially violent outbreaks – whether at protests or political rallies – then mark the site on a digital map.

The map is shared with member organizations, among them the local conflict mediators that work on the ground to de-escalate violence at marches, demonstrations and the like. Physically inserting themselves between opposing groups, they talk to each side and attempt to persuade people to step back from violence. This strategy, also called “violence interruption,” is often used in gang disputes.

From October to December 2020, the Trust Network mapped 193 incidents of violence and harassment related to the U.S. general election on Nov. 3. 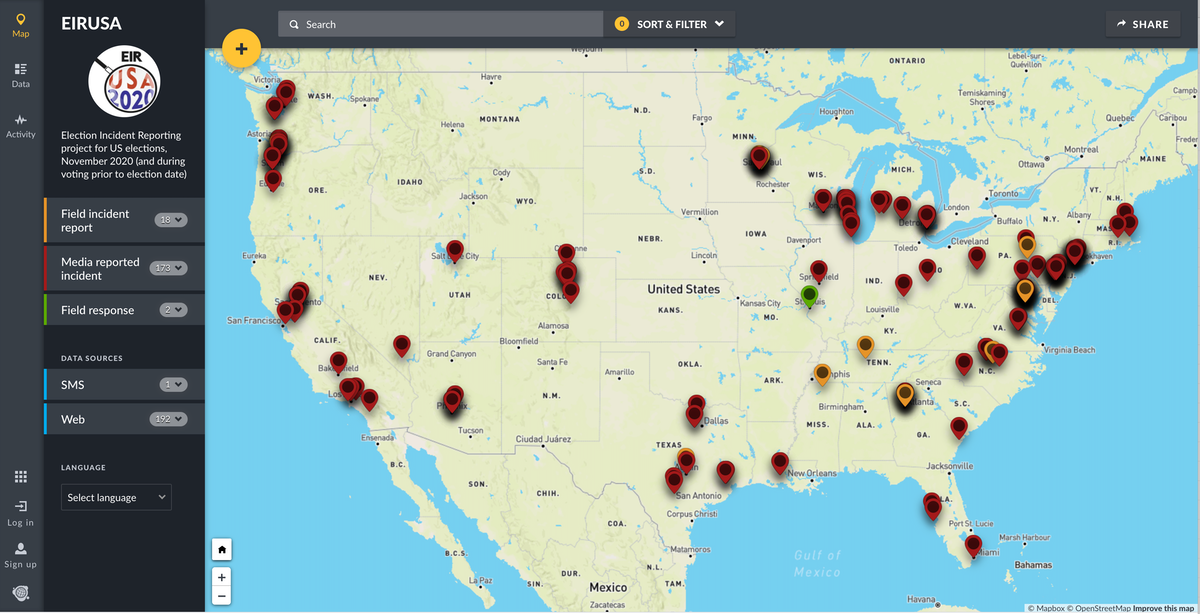 Sometimes, just mapping a crisis draws enough attention to deter violence. When instigators know they are being watched – and potentially recorded with smartphones – they may withdraw.

On Election Day, Nov. 3, three vehicles filled with people wearing camouflage, their license plates covered, started circling polling stations in Minneapolis. On-the-ground volunteers from Nonviolent Peaceforce alerted the Trust Network. The incident was mapped, and an alert went out to police, government officials and community members about the potential danger at voting sites.

Over time, however, it has become clear that digitally mapping election violence is not the game changer in modern America that it was in Kenya in 2007. People are so plugged in to smartphones that conflict-mediating groups can quickly and easily find out when and where violent events are unfolding.

What their street mediators need, the groups told us, is real-time information about potential violence at protests and rallies to better navigate chaotic conditions.

This year, we’ve begun using Twitter, local news sites and other digital platforms to track the size, location and movements of extremist groups like the Proud Boys. Collating the posts of credible journalists and independent videographers, we send up-to-the-minute information about emerging hot spots to street teams using Signal, an encrypted text-messaging app.

The Trust Network also seeks to deter violence between protesters and police at such events, using a combination of de-escalation strategies.

On the scene, Trust Network representatives wearing bright green vests introduced themselves to police, protesters and counterprotesters, signaling to all their intention to keep the protest peaceful. An unrelated group called the Election Defenders was also working to prevent violence between opposing groups.

The combination of pre-event communication with police and dialogue at the scene helped lower the temperature of a potentially explosive situation. Several Detroit protesters were carrying weapons, according to the Detroit Free Press. But that “Stop the Steal” protest stayed calm.

Original Story on The Conversation