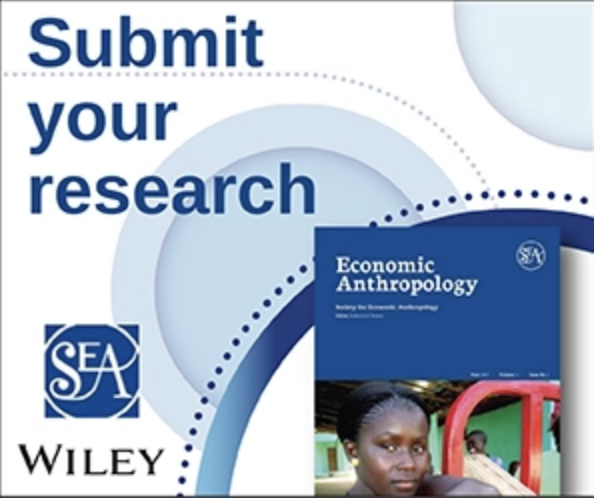 Economic Anthropology is published by the Society for Economic Anthropology (SEA) to make available research that is innovative and interdisciplinary and focused on economic and social life to serve scholars, practitioners, and general audiences. Contributors to the journal represent a wide range of disciplines including cultural anthropology, archaeology, sociology, demography, economics, ecology, geography, and history. In 2017, Economic Anthropology doubled its annual publication list from one to two: a theme-based issue pegged to our annual conference, and a new Open Submission issue representing a wide variety of research engaged with economy and society.