Ph.D. candidate travel to Mali to understand the Malian conflict

KENNESAW, Ga. (Nov 1, 2019) — Mali is a beautiful country in west Africa (see map) with a complicated past. In the 1990s, Mali was a model of democratic change; however, since the turn of the century, political paralysis and coups have stopped the country’s trajectory towards sustainable development. Insecurity, fear, poverty and desperation have risen in Mali in recent years due to the resurgence of internal conflict and attacks by violent extremist groups that have roots in Mali’s complex history. These conflicts have occurred in the setting of climate change, which has led to increasing competition for natural resources. All of these problems, against the backdrop of a weak state, make one wonder – is there hope for Mali? 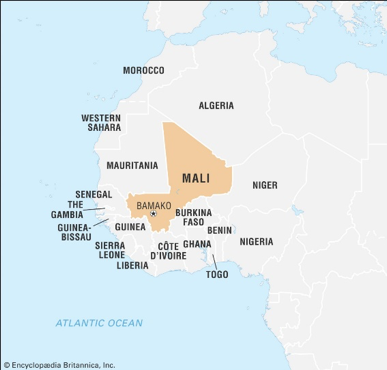 Map of West Africa and Mali

In October 2019, I was invited by his excellence Former President Pierre Buyoya, the High Representative of the African Union for Mali and the Sahel, to discuss conflicts in Africa with an emphasis on conflicts in the Sahel and Mali. Former President Pierre Buyoya was the president of Burundi, and his experience in conflict and diplomacy on the African continent is impressive. During the visit, the President and I (see picture below) discussed the capacity of international, regional and national institutions to manage conflicts in Africa. For example, we discussed how the United Nations is working with the African Union to solve the conflict in Mali. 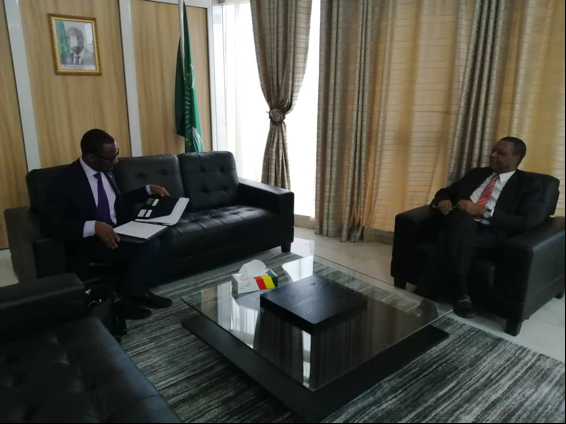 While I was in Mali, I took the opportunity to meet with leaders in the fields of politics, international organizations, culture, religion, anthropology, and the media, in order to obtain a full understanding of the conflict in Mali. After meeting President Buyoya, I went to visit the United Nations Multidimensional Integrated Stabilization Mission in Mali (also known as “Mission multidimensionnelle intégrée des Nations unies pour la stabilisation au Mali [MINUSMA]” in French) (see photo below). MINUSMA was established by the UN Security Council Resolution 2100 of 25 April 2013 with the goal to support Mali’s political processes, undertake tasks related to security and stabilize the country. While at MINUSMA, I had the honor to interview its Political Affairs officers. Later on, I met the Permanent Secretary of the Government in charge of Conflict in Central Mali. 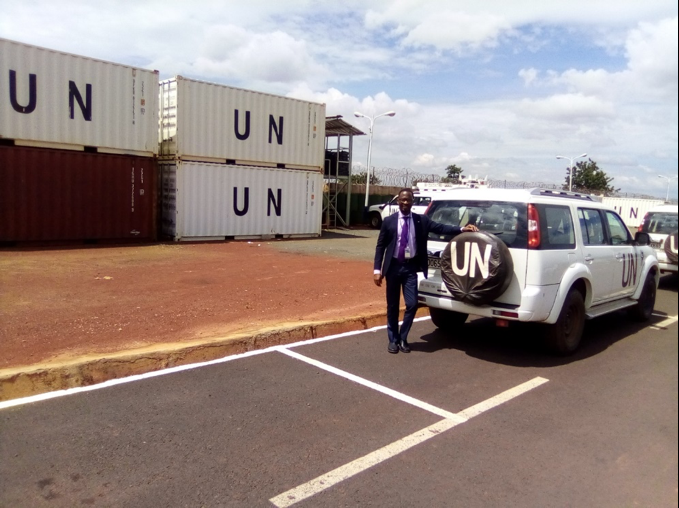 To gain a better understanding of the Malian conflict, I visited and dined with Tuaregs, Peuhls and Bambara to learn more about their perceptions of different ethnic groups. I also had the opportunity to talk to former rebels from the northern region. At the University of Bamako, I met a French anthropologist who has been teaching and studying Malian culture since 1988 (see photo). A highlight of my trip to Bamako, as a journalist, was the chance to sit down with my colleagues - fellow journalists. Some of the journalists work closely with the government and others work with international institutions such as the Institute of Security Studies. 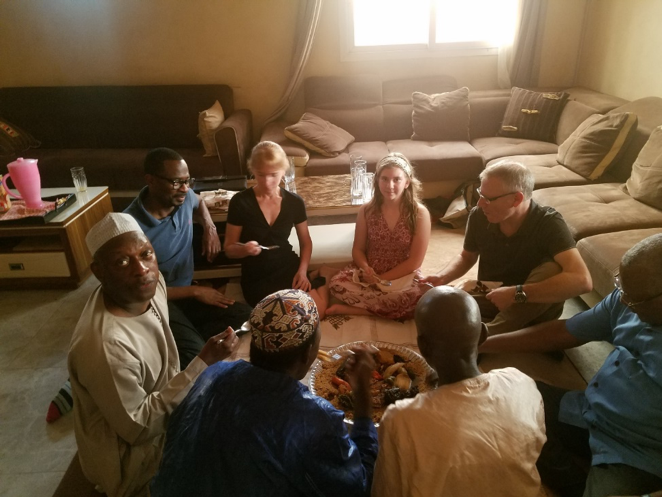 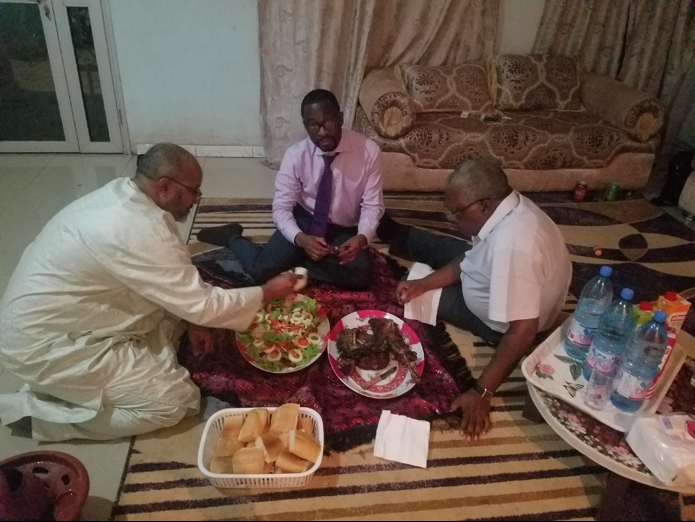 Another highlight of the trip was the opportunity to meet with different civil society leaders, such as Jean Kazadi, Carter Center Deputy Advisor and Independent Observer for Mali, and the Honorable Iman Dicko, President of the High Islamic Council of Mali, to discuss the conflict in Mali, including the role of religion in the conflict (see picture below). 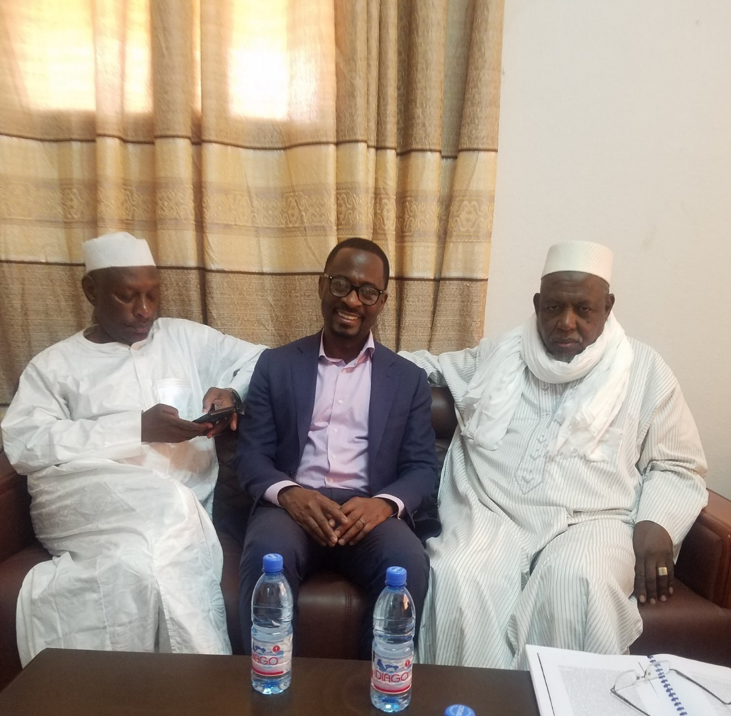 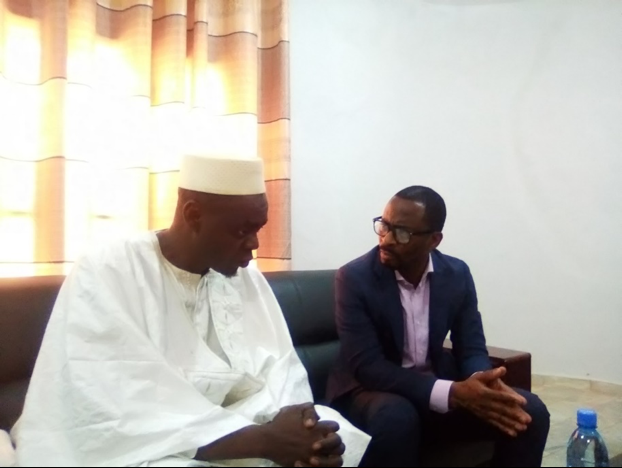 I have to admit that spending a week in Mali was like taking a year-long course at the University of Bamako on politics, culture, religion, and conflict. Everyone I met had his or her own fascinating perspective on the causes, triggers, and potential solutions for the conflict in Mali. The knowledge that I gained from this trip clearly showed me that our biggest challenge as researchers is getting close enough to a problem to have a true understanding of what is going on.

People often ask me why I chose to study Mali for my dissertation, and now I can answer that question with even more certainty than prior to the trip. If Mali falls apart, west Africa will collapse, and if west Africa collapses, then Europe and the rest of the world will be deeply affected.

I want to thank my committee chair, Dr. Sherril Hayes, the International Conflict Management Program at Kennesaw State University, the School of Government and International Affairs and my family for their support. I am grateful to Former President Buyoya, his team at the African Union, Ambassador Kazadi at the Carter Center, my colleagues Journalists in Bamako, and everyone who shared their time and experiences with me while I was in Mali.