Reflections from Fiction I Writing Workshop

Reflection is an essential part of learning and creativity. The students in the Fall 2021 Fiction I Writing Workshop have shared some of their insight... 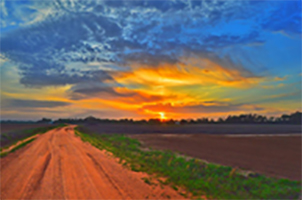 “Writers are egotistical nightmares at times, we believe every word we write is gold and should be read by millions or we think every word we write is horrible and we should give up immediately. Both are a cognitive distortion linked to pride. For me, writing for the sake of writing, words into the void, is a form of training not only my fingers but my ego. The more unreadable words I write the less attached I become to those words, the less attached I become to the need to be read, the less attached I become to my worst sentences. I think this dying ego is the greatest thing that can happen to an artist in this digital age. With less ego involved, we can see our work for what it is, we can soberly understand the paragraphs to work or not work. We can hit the delete button more frequently, not out of a misplaced sense of perfectionism, but out of love for the work itself.”

“The first, and probably most important lesson I learned as a new fiction writer, is that it’s okay to be a beginner.  Maybe it’s because I’m expected to be an expert in my legal career or maybe it’s just my own perfectionist tendencies, but I generally avoid that uncomfortable place of being a newbie.  Of being exposed.  Of knowing less or being less.  As I submitted my first manuscript, which was also my first-ever fiction work that was written all the way to an actual end, there was something really freeing about putting it out into the universe – even if that universe was just fourteen other students and one professor.  Even if the story was less than I envisioned.  Even if the words didn’t match my thoughts.  Even if I made rookie mistakes.  I quickly learned that thinking about writing a story is not the same as actually writing it, and I forced myself to put pen to paper as a habit instead of just on an occasional whim. Thankfully, my peers were gracious in their comments and gentle in their critiques, but releasing the usual expectation of perfection, or at least near-perfection that colors most other areas of my life was exhilarating.  While this lesson that being a beginner is okay or even a good thing may be obvious or easy to some, I have found it to be both a challenge and an exciting opportunity as a midlife, mid-career, semi-stifled lawyer.  It’s been a chance to dive headlong into a new and deep area of creativity.”

“As I developed my understanding of short story structure, I also deepened my understanding of the structure of novels. When I originally outlined the novel draft I presented in class, I had in mind the Shakespearean five-act play arc. Once I dove into the actual drafting process, though, I began to leave that structure behind. As we began discussing plot structure in class, I was fascinated by Burroway’s inverted checkmark (Writing Fiction 135). The breakdown of the elements of plot and the rise to crisis followed by resolution felt both universal and manageable; the story that I have drafted follows this rise-and-then-fall pattern almost exactly. When I saw author Jakob Guanzon’s “Writing as Architecture” presentation at the Red Clay Writer’s Conference, he discussed the “Save the Cat Beat Sheet,” a screenwriting structure that can also hold true for novels. The “Beat Sheet,” like Burroway’s conflict arc, also matches almost perfectly with the novel structure I have created. Having this sense of broader structural understanding gives me a new, birds-eye view of the novel and how I can make the characters and events flow more smoothly. I also have a better understanding of why and how I have shaped my story the way I have. Before studying structure more formally, I was thinking intuitively about structure, which left odd gaps in pacing and plot. Now, I have the tools to remedy those gaps and ensure that the story flows smoothly.”