Food and Travel Writing to be Taught in Oaxaca, Mexico in Summer 22

In advance of the Summer 22 Registration which begins May 11, please note that food and travel writing courses are being planned for Study Abroad in Oaxaca, Mexico. Contact Mr. Keaton Lamle.

KENNESAW, Ga. (Feb 28, 2022) — This past summer, 2021, the study abroad trip to Oaxaca, Mexico had to adapt due to the ongoing pandemic. It became a feature writing class that traveled around to restaurants around the KSU area. Keaton Lamle taught the class and was recently interviewed about his experience developing this altered version. He described feature writing as a long form creative essay with some elements of reporting involved.

Professor Lamle has written articles for publications like The Guardian and The Bitter Southerner, writing about food and sports. His main interest is food since he has been working as a food critic for ten years. When he led the Oaxaca trip in the past, he described the experience as a cultural analysis. Their group would spend fourteen days experiencing cooking classes, ancient ruins, and local markets while learning about writing from experienced Oaxacan teachers and cooks. Then the class returned to The States and get to work writing their articles and trying to find a suitable place to publish them. 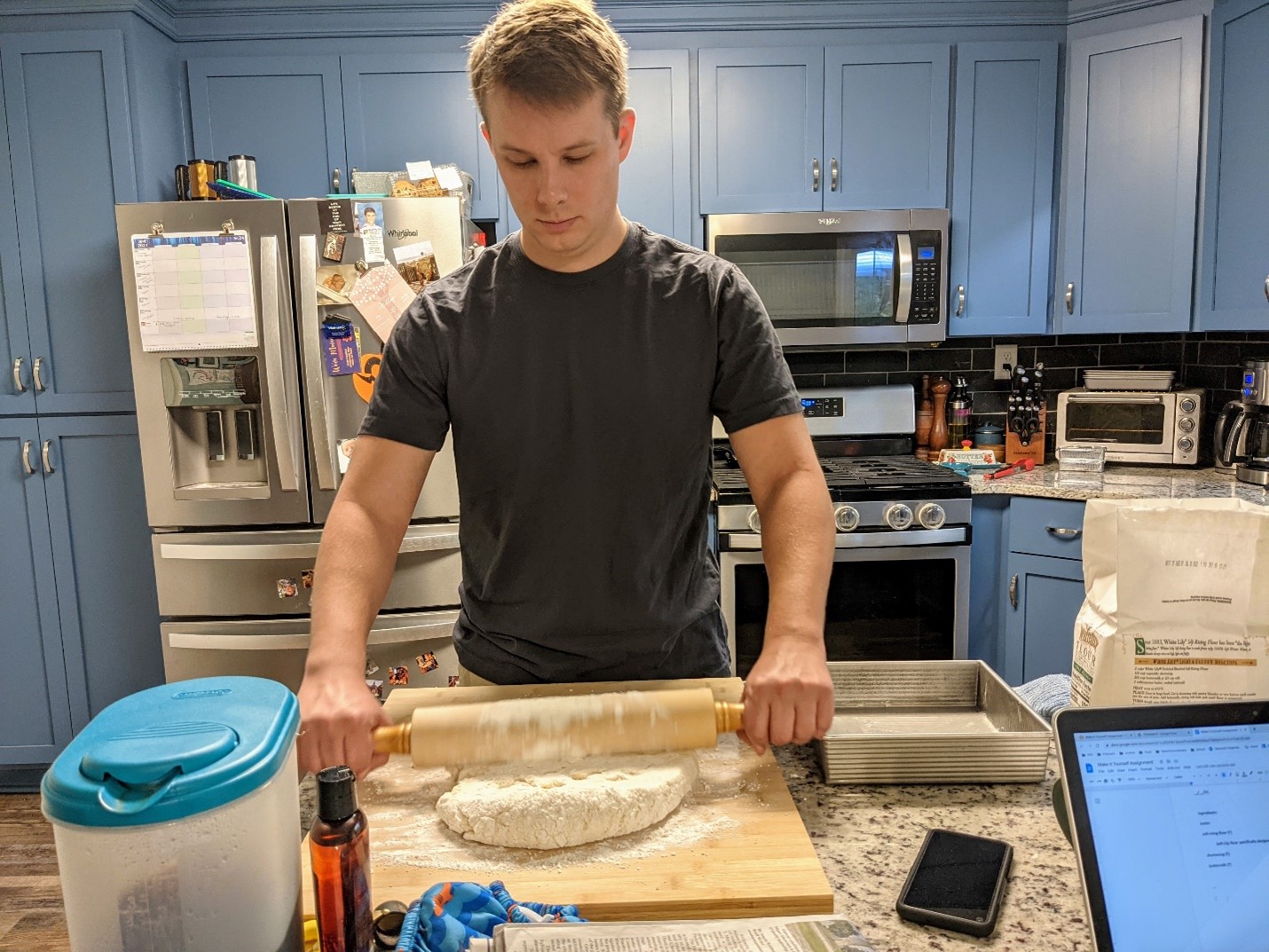 Because of the pandemic, this class had to be scaled down and reformatted so that it could still proceed as scheduled. Instead of study abroad trip, Lamle and his students focused on the restaurants and local markets of the area around KSU. Most of the class occurred on campus. Lamle’s students even had the opportunity to try their hand in their kitchens and make their own food.

The dishes that the students made were associated with the projects that they were working on. They were dependent on the articles that the students were working on. Their projects were travel and culture oriented. They ranged from the history of biscuits and gravy to tourism through film in Georgia and how it’s effected small towns, and how Southern soul food is a slight mutation on African dishes.

Student Denise Boivin-Iassogna has said the following about the class: “The Feature Writing class was one of my favorite and perhaps my most useful class – I only wish I had taken it sooner. It was an excellent experience in critical reading of professional food writing articles and developing real-world applications to enhance our own writing. Learning, for the first time, the process of writing a “pitch letter,” dissecting a feature article, and critically analyzing our own work as well as our classmates were fundamental elements of this class. Professor Lamle is extremely well-read, insightful, motivating, and he draws out the best writing from each of his students. I would highly recommend this class.”

Another student Eric Celler had this to say: “The MAPW’s Feature Writing class with Prof. Keaton Lamle was an illuminating experience to say the least. Going into the class, I knew I had an interest in that genre of writing but had never developed the skills to cultivate that interest. Over the course of the semester, however, I learned about the applied and creative aspects of feature writing and came out the other end with a much better understanding of the industry as well as increased confidence in my ability to navigate it. This class is a “must take” for any MAPW student who is interested in honing their writing skills in a way that will pay dividends well beyond the program.” 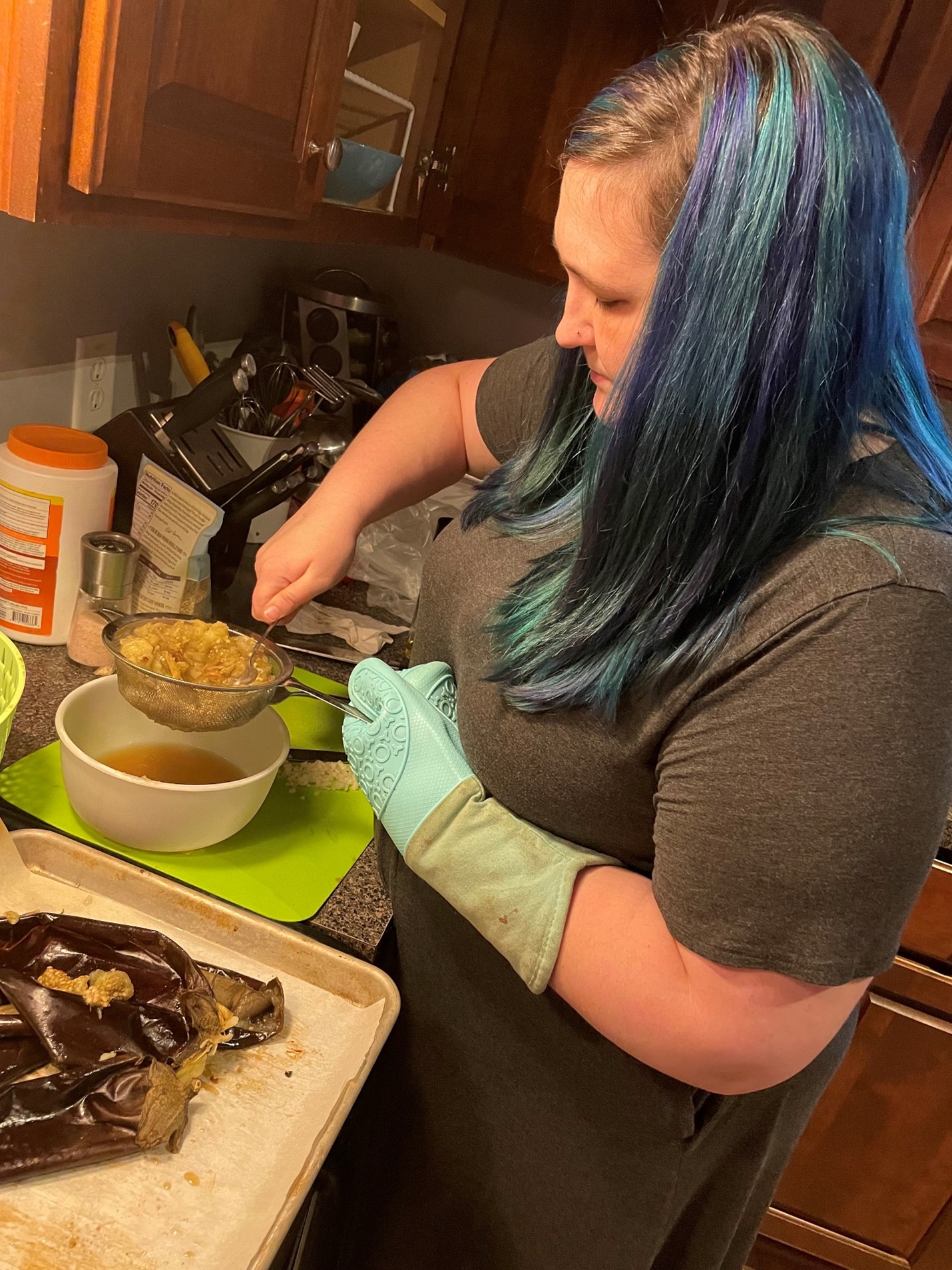 The restaurants were determined by a few factors. Allergies were taken into consideration when choosing the restaurants as well as the projects they were working on. These class trips ranged from traditional to upscale to street food. The class visited many restaurants including Desta which specializes Ethiopian food and The Hudson Grille, which features an extensive vegan menu including vegan wings. They also visited Chinatown Food Court and Yet Tuh, a Korean restaurant.

Professor Lamle said that he would gladly teach the class like this again if the opportunity arose. He looks forward to going back to Oaxaca in the future. He said some of the most interesting things he’s eaten throughout the history of this course were insect burgers and roasted grasshoppers. One of his students made a Halal version of the Oaxacan dish Tetela, a small quesadilla like dish stuffed with cheese and beans.

Professor Lamle is recruiting for the Oaxaca trip which is scheduled to run July 3rd to July 17th 2021. Contact Professor Lamle at klame@kennesaw.edu, if you are interested in the trip. It is open to all current University System of Georgia students.